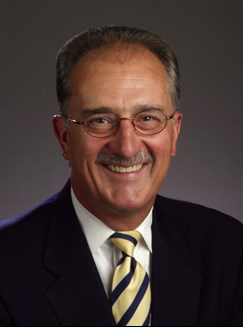 “I sincerely believe that the Albert H. Ketcham Award is the highest award for those persons in our specialty who have dedicated a lifetime of service as leaders, teachers and promoters of excellence both in research and in clinical treatment,” said Dr. Jeryl English, the 2010-11 president of the ABO. “The Albert H. Ketcham Award personifies the goals of dedication to excellence and dedication to orthodontics that the American Board of Orthodontics has represented since its inception. Hence, recipients of the award personify these attributes and serve as role models for us all. This year’s recipient has distinguished himself professionally throughout his career and is certainly a perfect role model.”

Dr. Kokich of Tacoma, Wash., is a professor in the Department of Orthodontics at the University of Washington in Seattle. He also maintains a private practice in Tacoma. He has published 21 book chapters, 99 scientific articles and 48 review articles. He has given more than 950 presentations throughout the world and has lectured to orthodontic societies in more than 50 countries. He is the editor-in-chief of the American Journal of Orthodontics and Dentofacial Orthopedics. He is a past president of ABO and the American Academy of Esthetic Dentistry. Throughout his career, Dr. Kokich has received numerous awards, including the Harry S. Sicher Research Award, the Strang Award (1994), the Schluger Award (2000), the ICO Award (2001), the Helen and B.F. Dewel Award (2002), the AAED President’s Award for Teaching Excellence (2004), the 2005 Association Trends Bronze Award for Education Programs, the 2005 Distinguished Alumnus Award from the University of Washington School of Dentistry, the 2008 Charles English Award for Excellence in Teaching, and the 2010 Paul Herren Award from the University of Bern in Switzerland. Dr. Kokich has also presented several distinguished lectures, including the Jacob A. Salzmann Lecture, the John Valentine Mershon Memorial Lecture, and the Edward H. Angle Lecture for the American Association of Orthodontists; the Arthur Thornton Taylor Lecture for the Australian Society of Orthodontists; the McIntyre Lecture for the Canadian Association of Orthodontists; the IOS Oration for the Indian Orthodontic Society; the President’s Lecture for the Pacific Coast Society of Orthodontists; and the World Champion Lecture for the World Federation of Orthodontists (WFO), as well as 32 other named lectures. Dr. Kokich is an honorary member of the WFO; a Diplomate of the ABO; and a fellow of the American College of Dentists, the Royal College of Surgeons of England and the Royal College of Surgeons of Edinburgh. He is an associate editor of Practical Reviews in Orthodontics, the orthodontic section editor of the Journal of Esthetic Dentistry and serves on the editorial boards of Dental Traumatology and the Australian Orthodontic Journal.

"Receiving the Ketcham Award is a humbling experience,” Dr. Kokich said. “What an honor it is for me to have my name added to the list of notable individuals who have received this recognition over the past 75 years. I thank the American Board of Orthodontics for this tremendous distinction and also for their dedication in elevating the level of excellence practiced by orthodontists throughout North America and in other parts of the world."