Dr. Rolf G. Behrents Selected for the 2020 Albert H. Ketcham Memorial Award by The American Board of Orthodontics 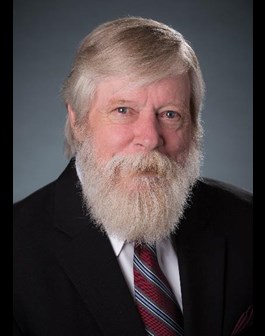 The American Board of Orthodontics (ABO) has named Rolf G. Behrents, D.D.S., M.S., Ph.D., of St. Louis as the recipient of the 2020 Albert H. Ketcham Memorial Award, its highest honor.

The Albert H. Ketcham Memorial Award commemorates the achievements of Dr. Albert H. Ketcham. Created by the ABO in 1936, this award is presented annually to an individual who has made a notable contribution to the science and art of orthodontics. Due to the cancellation of the AAO 2020 Annual Session where the award is traditionally presented, the ABO will now honor Dr. Behrents at the AAO 2021 Annual Session held in Boston, MA. No additional recipient for the award in 2021 will be identified.

With a long and distinguished career in orthodontic teaching and research, Dr. Behrents currently is professor emeritus of orthodontics at Saint Louis University. He also serves as editor-in-chief of the American Journal of Orthodontics and Dentofacial Orthopedics, a position he has held since 2014.

Dr. Behrents obtained his bachelor’s degree from St. Olaf College in Northfield, Minn., in 1969, and his dental degree from Meharry Medical College in Nashville, Tenn., in 1973. He completed his orthodontic training and M.S. degree at Case Western Reserve University in Cleveland, Ohio, in 1975.

In 2003, he joined Saint Louis University as orthodontic program director and executive director of the Center for Advanced Dental Education. He was named the Lysle E. Johnston, Jr., Endowed Professor of Orthodontics in 2011. He retired from this position in 2018 and continues to teach on a part-time basis as professor emeritus.

An active researcher and editorial contributor to numerous books, Dr. Behrents is the author of Growth of the Aging Craniofacial Skeleton. He has published more than 70 articles in refereed journals including the AJO-DO, Angle Orthodontist, Journal of General Dentistry, Annals of Human Biology and others. Besides being an associate editor and referee and now editor-in-chief of the AJO-DO, Dr. Behrents’ extensive editorial experience includes work as an editorial board member for Angle Orthodontist and as a referee for the World Journal of Orthodontics and other publications.

For the AAO, Dr. Behrents was the scientific program co-chairman for three annual sessions: 1998, 2006 and 2011. He was chairman of the AAO Scientific Studies Committee from 1987 to 1991, and chaired the AAO Foundation Planning and Research Review Committee from 1992 to 2003. By virtue of his position with the AJO-DO, he has been a non-voting member of the AAO Board of Trustees since 2014. He has been co-director of the Graduate Orthodontic Residents Program since 1999.

On receiving the award, Dr. Behrents said, “When President Barone announced that I was to receive the Ketcham Award, I was at first completely stunned and then totally delighted. I was stunned as I never really expected to be so honored given the high quality of the previous winners. Then, I was delighted that this announcement was greeted by the enthusiastic applause of so many colleagues, friends and family. A very special moment, indeed.”