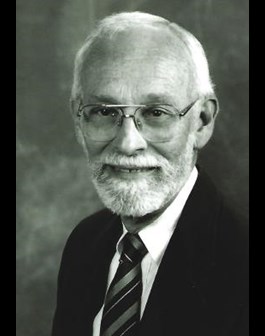 Dr. Greco received his doctorate in dental medicine from the University of Pennsylvania in 1979. After three years of general dentistry practice, he returned to the university to obtain his certificate in orthodontics in 1984. He has been a member of the faculty of the School of Dental Medicine since then, and currently is a clinical professor and serves as co-director of Penn’s Graduate Orthodontic Clinic.

He has been chief of orthodontics at Thomas Jefferson University Hospital in Philadelphia since 1988, where he also is an attending dentist and an adjunct instructor in the Department of Oral and Maxillofacial Surgery. He maintains private practices in Philadelphia and Ardmore, Pa.

Dr. Greco was certified by the American Board of Orthodontics in 1989. He was elected to the ABO board of directors in 2002 and served as ABO president during the 2009-2010 year.

Expressing his belief in the importance of the ABO, he said: “In a specialty world where mediocrity is accepted, where commercialism frequently influences therapy, and where profit is often the bottom line, the ABO will always be the beacon and benchmark of quality. The ABO’s standards are not too lofty nor too mundane, but rather continue to serve as a reminder that our patients and their welfare should be the center of our universe. May the Board uphold this priority forever.”

Dr. Greco also is vice president of the board of directors of the Edward H. Angle Society of Orthodontists, and has been a member of that board since 2011. He also serves as historian of the Angle Society. He has twice been recognized with the Swain Award of Excellence for his presentations at the Society’s Eastern Component meetings.

Dr. Diemer obtained both his undergraduate and dental degrees from Temple University, earning his D.D.S. in 1966. He then served for two years as a first lieutenant in the U.S. Naval Dental Clinic in Newport, Rhode Island. After two years in general dental practice, in 1970 he became a Fellow in Dental Higher Education with the U.S. Public Health Service in Pittsburgh. He also obtained his Ph.D. in higher education from the University of Pittsburgh.

In 1973, Dr. Diemer joined the faculty of the Washington University School of Dental Medicine in St. Louis. He eventually became tenured professor of dental education, and associate dean for academic affairs. He also taught statistics and research design for graduate dental residents. After the School of Dental Medicine closed in 1991, he remained with Washington University as Professor Emeritus.

Dr. Diemer was retained by the ABO in 1987 after it was determined that the ABO examination process required increased objectivity. Dr. Diemer offered the ABO his unique mix of expertise both as a dental school faculty member, and as a Ph.D. in higher education specializing in tests and measurements.

Under his guidance, the ABO Phase II written examination was transformed in content and methodology. The Examination Committee now fills its subject banks with well-constituted, referenced questions that have been tested for validity and discrimination. A software package was implemented to provide rapid assessments of grading results and greater score analysis.

In the late 1990s, the Phase III examination also underwent a significant increase in objectivity. A unique system of consistent, reliable, and valid cast analysis was developed, including examiner calibration exercises conducted before every testing period.

On receiving the award, Dr. Diemer said, "Personally, receiving the Shepard Award brings things full circle for me—having been welcomed to the Board as educational consultant by Dr. Shepard 30 years ago, and now made a recipient of the award named for him and his wife—I am truly humbled and honored to be recognized by the ABO in this way."

About his service with the ABO, he added, "It has been a distinct privilege to work alongside some of the best and brightest individuals in orthodontics for these many years to advance the Board's mission of protecting the public good through the certification of excellence."