Dr. Perry M. Opin Selected for the 2020 Earl E. and Wilma S. Shepard Distinguished Service Award by The American Board of Orthodontics 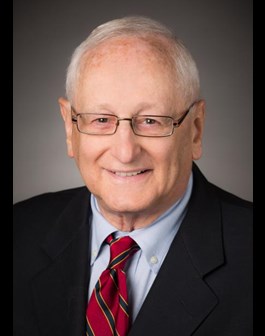 The American Board of Orthodontics (ABO) has named Perry M. Opin, D.D.S., M.Sc.D., of Milford, Conn., as the recipient of the 2020 Earl E. and Wilma S. Shepard Distinguished Service Award.

The Earl E. and Wilma S. Shepard Distinguished Service Award was established to perpetuate Dr. Earl Shepard’s outstanding accomplishments and to show appreciation for his many contributions as the first executive director of the ABO and those of his wife, Wilma, who was highly involved with her husband’s efforts to fulfill the ABO’s goals. This award recognizes an individual for outstanding dedication and advancement of the ideals and mission of the ABO. Due to the cancellation of the 2020 AAO Annual Session where this award is traditionally presented, Dr. Opin will now be honored at the AAO 2021 Annual Session in Boston, MA. No additional recipient for the award in 2021 will be identified.

He then earned a trainingship award given by the U.S. Department of Health, Education, and Welfare in 1967 from the Lancaster Cleft Palate Clinic. Throughout his career, as a founding member of the Yale New Haven Hospital cleft palate team, he has devoted a portion of his practice to assisting children with cleft lip and palate and other craniofacial anomalies.

He has practiced orthodontics in Milford since 1966; his son, Gary, joined him in the practice in 2002. Dr. Opin became certified by the ABO in 1974 and was recertified in 2003.

Dr. Opin has a long record of service at the national, regional, state and community levels. A founding member of the College of Diplomates, Dr. Opin served as president in 1992-1993 and was a member of the board of trustees from 1984 to 1993. He has been CDABO parliamentarian and a board member since 2010. CDABO honored Dr. Opin for his contributions by awarding him both their Award of Merit and Founders Award.

In the American Association of Orthodontists, Dr. Opin has long been active in the House of Delegates, serving as a delegate from the Northeastern Society of Orthodontists for over 20 years. He was speaker of the House of Delegates from 1997 to 2000, and a member of the board of trustees from 1997 to 2000 and 2014 to 2015. In addition, he was general chair of the 2009 AAO Annual Session in Boston. The AAO recognized Dr. Opin with their highest honor, the James E. Brophy AAO Distinguished Service Award, in 2008.

At the regional level, he has been a member of the board of directors of the Northeastern Society of Orthodontists since 1988 until 2016, and was president in the 1995-1996 year. He has been parliamentarian since 2000. In 2005, he received the Joseph DiStasio Distinguished Service Award from NESO.

He served as president of the Connecticut State Society of Orthodontists from 1989 to 1991. For the Connecticut State Dental Association, he was a member of the board of governors from 1994 to 2016 and a delegate or alternate to the House of Delegates from 1976 to 2016. He was parliamentarian from 1997 to 2015 and speaker from 2009 to 2015. The Connecticut Dental Society honored Dr. Opin for his contributions with the President’s Award in 2016.

On receiving the award, Dr. Opin said, “When I received the phone call from the President of the ABO, informing me that I was selected to receive the Earl and Wilma Shepard Award for 2020, I was completely flabbergasted. Above all, how do I deserve this honor? All that I can say is ‘Thank you. I share this Shepard Achievement Award with all of you, my orthodontic colleagues, with humility and gratitude.’”