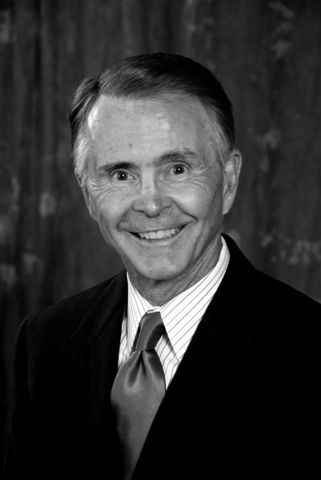 The O.B. Vaughan Special Recognition Award of the American Board of Orthodontics is named in honor of Dr. O.B. Vaughan, an ABO past president. The ABO established this award to acknowledge those who have made significant contributions to the orthodontic specialty.

Dr. Boley, an adjunct associate professor of orthodontics at the Baylor University College of Dentistry, is president-elect of The Charles H. Tweed International Foundation for Orthodontic Research & Education and has been a member of its teaching staff since 1971. He is also a past president of the Edward H. Angle Society of Orthodontists. Dr. Boley, who retired from his orthodontic practice this year, has been a diplomate of the ABO since 1971 and recertified in 2002. He serves as an examiner for the ABO Clinical Examination.

“Dr. Boley has been my partner in education every Thursday for the last 13 years at Baylor,” said Dr. Larry Tadlock, an ABO director. “We’ve lectured and worked together, side by side. But in reality he’s more than just a partner. He consistently challenges me to never stop learning and growing, and, in that way, is more like a mentor. His commitment to the profession is unsurpassed.”

In 2012, Dr. Boley received The Charles H. Tweed International Foundation for Orthodontic Research & Education’s Special Recognition Award for exemplary service to the Foundation and the specialty of orthodontics. He received the Martin Dewey Memorial Award from the Southwestern Society of Orthodontists in 2010 and the Award of Merit from the Orthodontic Education Research Foundation in 2005. The Department of Orthodontics at the University of Missouri at Kansas City recognized Dr. Boley as its distinguished alumnus in 2004. Dr. Boley also received the Robert E. Gaylord Award of Excellence in Orthodontic Education in 2000 and 2001. In 2002, the Baylor University Orthodontic Alumni Association granted him honorary membership and presented him with the Thomas M. Matthews Award for outstanding contributions to the Department of Orthodontics. Dr. Boley also received The Edward H. Angle Research Award for the best article published in The Angle Orthodontist between 1997 and 1999.

Active in The Charles H. Tweed Orthodontic Group of Texas since 1969, Dr. Boley received the C.T. Rowland Award for best applicant earning membership into the organization. He is also a five-time recipient of the organization’s A.P. Westfall Award for excellence in treatment results and diagnosis. The organization recently honored Dr. Boley with the “Trailblazer” distinction, which has been bestowed only four times in the past.

Dr. Boley, who has lectured extensively and has conducted orthodontic courses internationally for more than 40 years, earned his D.D.S. at the Baylor University College of Dentistry and his M.S. in orthodontics at the University of Missouri at Kansas City.

“This award is especially meaningful to me because of who it is from and who it is named after,” Dr. Boley said. “O.B. Vaughan was a ‘big dog’ in our Texas Tweed Study Group when I was just a ‘pup.’ He was such a gentleman and very gracious to us new members. Reed Holdaway was my primary examiner in 1971 when I took the boards and was extremely courteous and constructive with his critique of my cases. This was my introduction to the American Board of Orthodontics, and I have developed much respect for the ABO over the years.

“I want to thank the directors for selecting me as the recipient of this honor and hope I can live up to what it symbolizes.”