The American Board of Orthodontics presents the 2018 O.B. Vaughan Special Recognition Award to Dr. Richard Kulbersh 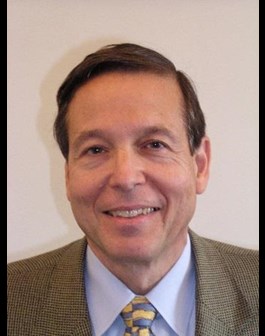 Dr. Kulbersh earned his doctorate in dentistry from Tufts University in 1969. Following service in the U.S. Air Force Dental Corps and several years of general dentistry practice, he obtained his certificate and M.S. in orthodontics in 1975 from the University of Detroit Mercy.

He joined the faculty of the Department of Orthodontics at the university in 1975, and has served as chairman and program director since 1986. He also has had a private practice in Sterling Heights, Mich., since 1980.

Dr. Kulbersh is a past site examiner for the Commission on Dental Accreditation. He also is a Fellow of the American College of Dentists, the International College of Dentists and the Pierre Fauchard Academy. He is a member of the Edward H. Angle Society Midwest Component and was 2008 chairman of its study and research committee. He was a member the AAO Council on Scientific Affairs from 1999 to 2007 and now serves a second term as a Great Lakes Association of Orthodontists delegate to the American Association of Orthodontists House of Delegates. He has lectured at numerous local, national and international meetings, and has authored and co-authored many journal articles and book chapters in orthodontics.

Dr. Kulbersh commented on being chosen for the award: “I am honored to receive the O.B. Vaughan Special Recognition Award from the American Board of Orthodontics. Dr. Vaughan was an icon in orthodontics, who made unique contributions in research, education and leadership positions in our specialty. He was an accomplished, gentle giant with a captivating smile whose warmth and charm made everyone feel welcome. I am humbled to receive this award which carries the name of such a respected and revered role model and professional.