Dr. John S. Kanyusik Selected for the 2020 O.B. Vaughan Special Recognition Award by The American Board of Orthodontics 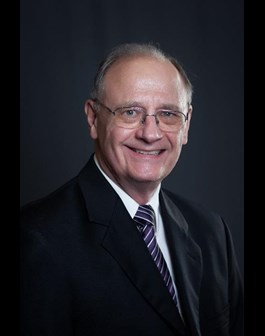 The American Board of Orthodontics (ABO) has named John S. Kanyusik, D.D.S., M.S.D., of Mankato, Minn., as the recipient of the 2020 O.B. Vaughan Special Recognition Award.

The O.B. Vaughan Special Recognition Award recognizes an individual who has significantly contributed to orthodontic education and furthered the ideals of the American Board of Orthodontics (ABO). The award is named in honor of Dr. O.B. Vaughan, an ABO past president. Due to the cancellation of the 2020 AAO Annual Session where this award is traditionally presented, Dr. Kanyusik will now be honored at the AAO 2021 Annual Session in Boston, MA. No additional recipient for the award in 2021 will be identified.

Dr. Kanyusik obtained his dental degree from the University of Minnesota in 1970 and earned his master’s degree in orthodontics from Minnesota in 1972. Following graduation, he served for two years in the U.S. Air Force as a major and orthodontist in Tachikawa, Japan.

In 1975, he returned to Minnesota and joined Southern Minnesota Orthodontics in Mankato. He has practiced there for the past 45 years.

Dr. Kanyusik became board certified by the ABO in 1984 and recertified in 2001. He has a long record of service to the ABO and CDABO. He directed CDABO’s preparation courses for the ABO exam from 1984 to 1990. He served as CDABO president in the 2000-2001 year and was a board member from 1992 to 2001. He has been an ABO clinical examination consultant since 2002, and has co-chaired the ABO/CDABO Resident Advocacy Committee since 2011. He was general chairman of the 1997 CDABO annual meeting.

A Fellow of the American College of Dentists, Dr. Kanyusik has been a reviewer and synopsis writer for AAO Practical Reviews in Orthodontics since 2013. He also is a member of the World Federation of Orthodontists and the American Dental Association. Since 2002 he has taught part-time at the University of Minnesota’s Department of Orthodontics. He has lectured throughout the United States and internationally.

He is active in the Mankato community as a board member for the Mankato YMCA and Mankato Area Foundation. He has taught with Health Volunteers Overseas in Vietnam, Tanzania, Moldova, Nicaragua and Nepal.

On receiving the award, Dr. Kanyusik said, “It has been a privilege to work with the ABO and CDABO throughout the years to encourage ABO certification. It is a great honor to receive an award named for one of my professional heroes, Dr. O. B. Vaughan.”